5 Types of Trauma that Counselors Can Help Heal 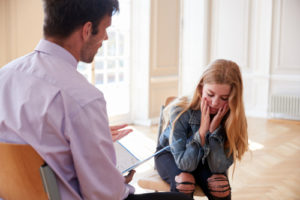 5 Types of Trauma Counselors Assist With

When people think about trauma, five types of trauma that counselors can help heal come to mind. These types of trauma include physical, sexual, and emotional abuse. Other common examples include grief and community violence-related trauma. One thing that all of these trauma types have in common is that counselors can be very helpful in assisting survivors overcome them.

Physical abuse is what usually comes to mind when people hear this term. Harm that is physical in nature can include assault, such as being slapped, punched, kicked, or shoved. Physical forms of abuse may consist of a single violent attack or multiple incidents of violence occurring at different times, such as a battered spouse or a child subjected to harsh physical treatment at the hands of their parents. Because this type of abuse often takes place over a prolonged period, there is a higher chance of survivors having to live with post-traumatic stress disorder symptoms.

Sexual abuse can include acts defined as sexual assault, one of the more difficult types of trauma that people experience. According to the Department of Justice’s Office on Violence Against Women, sexual assault is defined as nonconsensual sex acts where the victim cannot give consent to the act. Some examples can include rape, coercive sexual acts, unwanted sexual touching, or attempts at rape. One of the ways in which survivors require extra help recovering is being assured that the abuse was not their fault.

The National Domestic Violence Hotline regards emotional abuse as also being severe, despite manifesting in less outward ways like physical forms of abuse do. Some of the kinds of emotional abuse that people may experience include using insulting or degrading talk, discouraging their victim from associating with others, and interfering with legitimate decision-making, all of which can go on without others around the person being aware of the behavior. Another aspect of emotional abuse as one of the types of trauma is a manipulative behavior called gaslighting, where an abuser causes the victim to question their sanity or perception of the events that have occurred, sometimes making their target feel like they are to blame. Emotional abuse can often persist for long periods.

Grief, because of death and other types of loss, is something that everyone will experience. In addition to going through pain after the death of a loved one, people can also go through the grieving process over the ending of a relationship, the loss of a job, or any other change in life that causes emotional upheaval. National Geographic estimates that 10 percent of people going through the grieving process have symptoms that persist for more than six months, also known as complicated grief. Counselors can help people dealing with complex grief get through their symptoms.

One of the types of trauma that is not thought of as commonly is exposure to community violence, with examples including gang violence, natural disasters, or being exposed to a mass shooting. Psychology Today has noted that even people who are not directly involved may need to watch for signs of trauma. Regardless of what form of community trauma has taken place, counselors can help those affected return to emotional wholeness.

The types of trauma that people are likely to encounter and require help with are all situations where a counselor can help. These professionals will help people in their healing process.