Image is Everything: The Secrets of Body Language

Image is Everything: The Secrets of Body Language

At work, at home, at play, famous, or infamous, your body language tells the world all about you.

A majority of what we communicate is through gestures and how we physically position our bodies.

The Face:
7 Universal Expressions:
Happiness
Sadness
Anger
Fear
Surprise
Contempt
Disgust
There are over 3000 emotional expressions that we react to…
And over 10,000 that we register.

The Body:
Open your body to face your audience.
Relaxed uncrossed limbs
Keep your upper body from being too stiff.

Sit up straight. (= in control of your emotions)
vs.
Or slightly sag to garner sympathy. (= I need help)

Crossing legs presents a “closed” view of yourself. (Like you’re trying to build a fortress around yourself)
vs.
Splaying your legs carelessly in front of you is the opposite. (Like you’re out of control).

For Poise:
Crossing your legs at the ankle is the equivalent of folding your hands in your lap.

Hands Say a Lot:
Hands behind the back says “I have nothing to hide”
Self touch gesture (rubbing hands) says “I have something to be nervous about.”
Opening your palms to someone shows trust.

Handshakes–
“Getting the upper hand” is a sign of power:
You always want to be on the left, with hand on top…
Or, grab onto elbow
Or, Tap on back
Or, if you get the right side, shake their hand with two hands.

How you can tell if someone is being genuine:
Gesture before you verbalize.
Don’t think before you show.
Keep Face, gesture, and head aligned.
Open your body to face your audience.
Aside: Micro expressions are brief glimpses of what you’re really feeling. They can be as short as 1/25th of a second, but very hard to hide.

Powerful People Know How to Use Body Language
People size you up within 2 seconds.
Split second judgements based on the appearance of political candidate faces can predict 70% of elections.

70 million tuned in to “the Great Debate”
Nixon vs. Kennedy in the first televised presidential debate.

Undue repetition “I never told anybody to lie, not a single time, never.”
Eyes shifting down

The Center of Attention
Roosevelt takes the chair in the middle.
Churchill and Stalin — both superpower leaders — on the sides.
1.) All conversation has to go through Roosevelt.
2.) Stalin has to lean around to participate.

Protecting Yourself on the Streets

When pulling someone over:
Is the person fidgeting?
Looking in their rear view mirror
Can they keep their hands still?
Can they make eye contact?

Signs they have a gun:
Blading hands (hands in the position they would need to be in to pick up a gun)
Billowing shirt (that they placed over gun)
twitching up thumb and moving hand (have to clear the gun when it comes out)

For Politicians:
Does it seem natural?
Does it impress people?

For Women:
Female voices trigger emotional centers in the males brain
–> Leading males to think women are talking from emotion.
Tip: The higher the voice, the less credibility it is given.

In America: get in a males face=challenge to fight[1]
In the Middle East: it’s how people talk
Many Marines abroad have gotten into fights with those from the Middle East just trying to talk.

In other nations, moving through the door first is a sign of weakness.[9][1]
Body language becomes a political statement.

Body language is all around us. Learning to read it can be one of the most valuable skills you have. 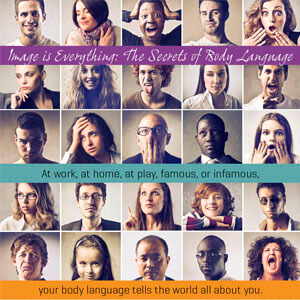